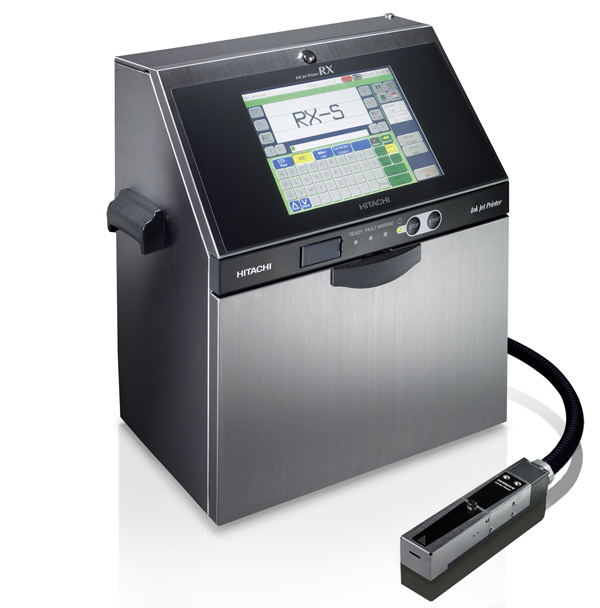 The L-Shear uses servos to position large laminated copper sheets under a shear to cut them into precise sizes used for circuit boards. One goal of a recent control system retrofit was to allow bar code printing to be controlled by a PLC without requiring a computer or operator data entry. This machine is a limiting factor in plant production speed. This meant that plant production was impacted when data entry errors necessitated a special re-run through the L-Shear to reprint. The ability to print a barcode while the sheet is in motion and the reduction in scrap and rework due to data entry errors was a key accomplishment of the retrofit.

The machine is called an L-Shear because two conveyors have their ends aligned at a right angle. Large laminated sheets go down the first conveyor and are trimmed into several sections by a shear. Then when each of those trim sections reaches the backstop of the first conveyor they are lifted onto and run down the second conveyor where each is cut several times to produce the final sections.

The previous control system was a proprietary black box. Making changes required contacting an engineer in Holland which was expensive and inefficient.  Integration with the rest of the plant and integration of new components such as a printer were difficult. Additional concerns about parts and obsolescence convinced management to upgrade to commercial off the shelf controls. This provided an opportunity to rewrite the program and redesign the operator interface to accommodate ideas for improvement and new features such as an integrated recipe management system. Allen-Bradley Kinetix servos were used to achieve even greater accuracy. The new system was very successful in all regards. The new program is well structured, well commented ladder logic. It was designed from the start to be amenable to modifications, additions, and integration with other systems.

This capability to integrate was first put to use and proven successful when an inkjet printer was easily added to the system. The owner wanted fast printing speed so that no slowdown of the line would be needed. The owner also wanted the printer run by the PLC with no operator involvement or data entry. The new controls featured a ControlLogix processor with EtherNet/IP and so connecting an industrial printer was simple. We just added a profile in the PLC program and got a tag structure ready to use to write PLC logic to print barcodes.

The previous printer could not be integrated and required a separate computer. At this company having to use a PC meant the IT group was involved. This windows PC had to be maintained.  The printer was not really integrated because hardwired I/O and completely custom logic and interfaces were needed. The line had to run a little slower to print acceptably.  But the worst thing about the old system was that the print information had to be entered manually by an operator. Mistakes and rework were common. Not only did this require time by the operators but also required running it through the L-Shear again…a double hit on productivity.

The new inkjet printer assembly includes an encoder that measures conveyor speed.  This enables the printer to spray on a highly accurate and durable bar code with no physical contact and no slowdown requirement. Because the new inkjet printer has predefined tags ready to use in PLC logic, the PLC program incorporates order and production about the part into the barcode and sends it directly to the printer and controls the exact printing sequence. This feature is a significant time and money saver and is much appreciated by the operators and management.