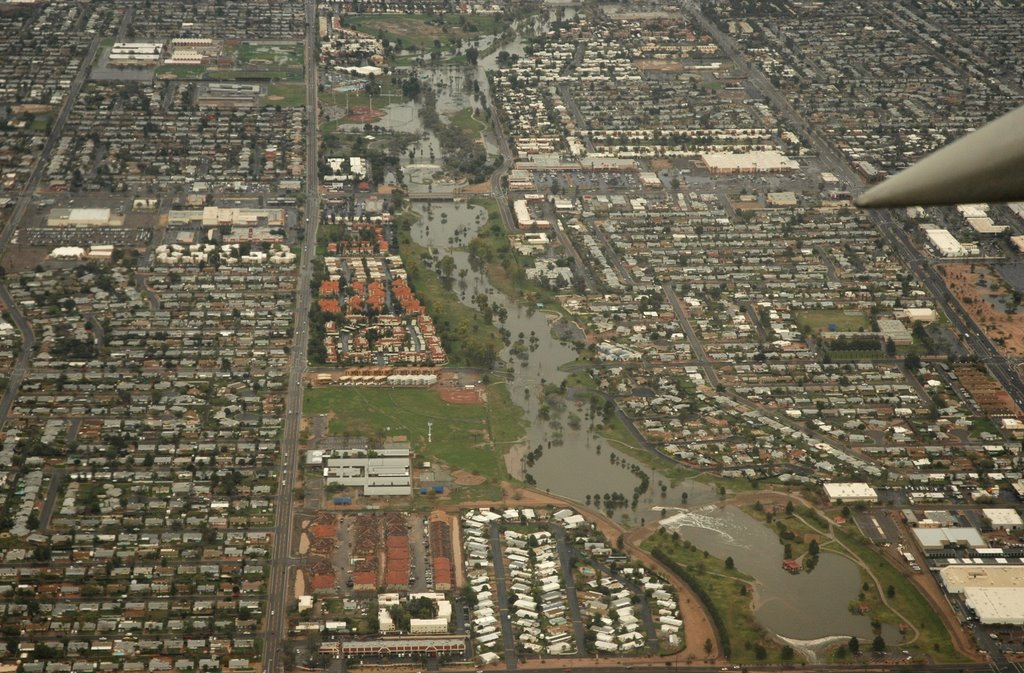 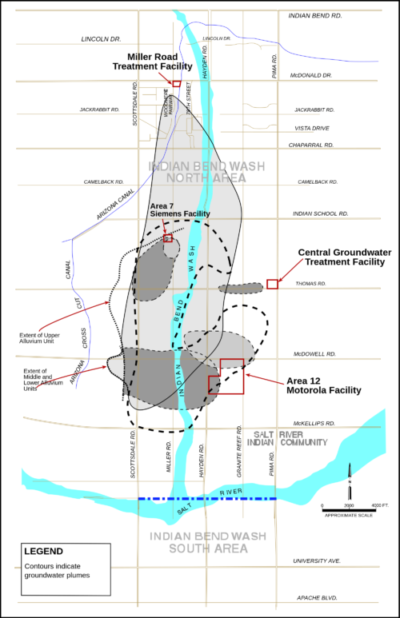 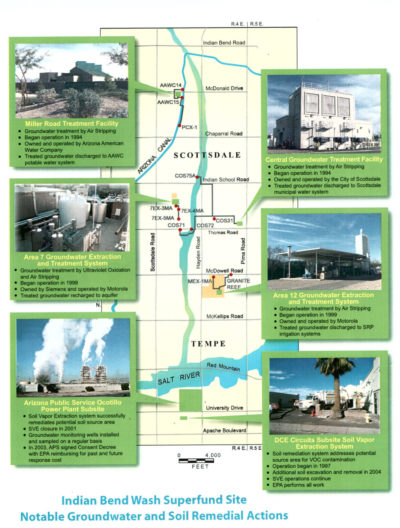 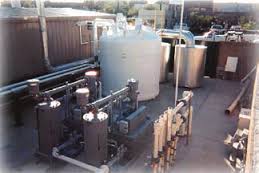 Kredit Automation & Controls did a retrofit to upgrade the controller and operator interface at the Indian Bend Wash area superfund site. This is a treatment facility that removes volatile organic compounds from contaminated groundwater.  KAC improved the control by upgrading the feedback control loop maintaining the level in the main collection tank. The overall reliability and maintainability was improved by upgrading to the latest PLC technology offered by Rockwell Automation (Allen-Bradley). Operator control was improved by providing a new and greatly enhanced operator interface.

In the 1960’s it was common for companies to dump industrial solvents directly into the ground and into dry wells. In 1981 volatile organic compounds were discovered in a widespread area of groundwater in Scottsdale, Arizona. Trichloroethylene (TCE), tetrachloroethylene (PCE), and chloroform are notable culprits. The Indian Bend Wash area was declared a Superfund cleanup site in 1983.

Contaminated water is pumped up at several wells and delivered to a holding tank. When the water is pumped out of the holding tank for treatment a constant flow of Hydrogen Peroxide is added. The water is pumped at a controlled rate through an Ultraviolet Oxidation (UV OX) system that shines very high wattage ultraviolet light (60 kW) on the fluid. The UV OX system is designed with a maximum surface area to expose the fluid to as much energy as possible. The combination of the peroxide and UV does about 75% of the job of breaking up the organic poisons. The water is then sent through an aeration stripper system that removes the remaining organics from the water. Polyphosphate is added before it enters the stripper to act as an anti-scaling agent. The water is then returned to the ground. A recirculation mode returns the water from the stripper to the holding tank under certain conditions, notably when the UV OX is warming up or the system is in a controlled shutdown. Air from the stripper is passed through activated charcoal filtering units to remove solvents that were stripped from the water before the air is released.